Different gig opportunities you should look for 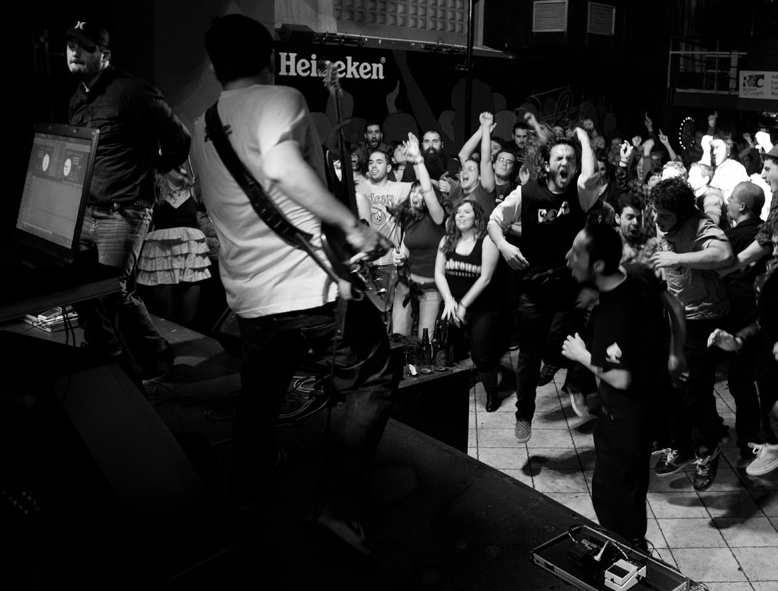 Different gig opportunities you should look for

Being a musician is hard, and making a living at it is a lot of work. There’s no way around that, so if you’re looking to get into the profession, be aware of that from the beginning. Playing live is a crucial source of income (especially since the industry is moving towards a streaming-only model, where payouts for artists are far lower than they were when people actually purchased music), and playing as much as possible is probably a good idea if you want to pay your bills.

Traditional tours at typical venues are certainly the norm for making money from live performances, but intelligent musicians are good at finding additional opportunities everywhere they go. If you’re not sure what those opportunities looks like, here’s a few ideas you should be on the lookout for.

This is a no-brainer for those already working on their own, but plenty of people in bands may not have considered doing this as a way of earning money. There may not be millions waiting for you out there (or perhaps there is…), but every little bit helps. There are several ways you could do this, depending on your situation.

You could start an entirely new venture, creating a name, etc. If you’re already in a band, why not also do some work on your own? There are surely things that you want to say or do with your music that you can’t in your existing group, and those are the sort of things you should do with your solo effort. Sure, it’s a lot of extra work, but nobody said that being a professional musician would be easy.

If that’s not right for you, you could work your band’s material on your own. Before you go this route, you will surely have to talk to your fellow bandmates, but assuming everyone is good with it, why not use the material you already have in different ways? Look for gigs that wouldn’t fit for your band—smaller spaces or ones that aren’t interested in really loud music—and try the stripped version of your songs on new audiences.

This one you can try with your bandmates or on your own, depending what a school is looking for. Colleges have plenty of events that would love a band, and student activities committees often have budgets from the institution itself. Even if some of them are unpaid, they might be a great way to find some new fans. I remember going to free shows in my college days, and I often fell completely in love with those on the tiny stage, and I went to see them later on or bought an album.

This work might not be as easy to find, but there is certainly a need out there! Think of all those artists that don’t have a real band of their own, but are still recording. Think of those making music for commercials, films, and the like. Now, think of how you can start getting some of that musical work, which could be a great way to supplement your income while doing what you really want to be doing.

Weddings might not be as glamorous as being a globetrotting rock star, but the money’s gotta be made somehow, right? No artist should feel bad about having to do anything to make a living, especially if it involves playing music. It may be tough to start, but once you get a few good gigs under your belt, there are plenty of parties, weddings, and other types of events that would love a band or a singer, if you can work within someone’s budget.

Again, sometimes you have to do things you may not want to if you’re going to be a full time musician, and that may mean some schilling for corporations and brands. Plenty of big name companies are increasing the music portion of their marketing budgets, and you should get in as quickly as possible. Often times they are just looking to connect themselves to how “cool” and “indie” your band is, and they’ll usually pay well.

Touring is where the money is these days, so if you’re going to continue down the road you’re traveling and stick to your musical guns, expect to play a lot of shows. You’ll want to be smart about touring, making sure not to exhaust the same places too much, but at the same time, ensure you can pay your rent each and every month by booking enough gigs. Really smart musicians and agents look for more than one show per stop, so as to maximize how much the band is making for their efforts. If you’re driving a few states away, don’t just play one show—look for more!

Maybe there’s a coffee shop looking for someone to play a short acoustic set, or a club is in need of a DJ set. These may not bring in a lot of money, but if you’re already in town, why not true to get as much work as you can?