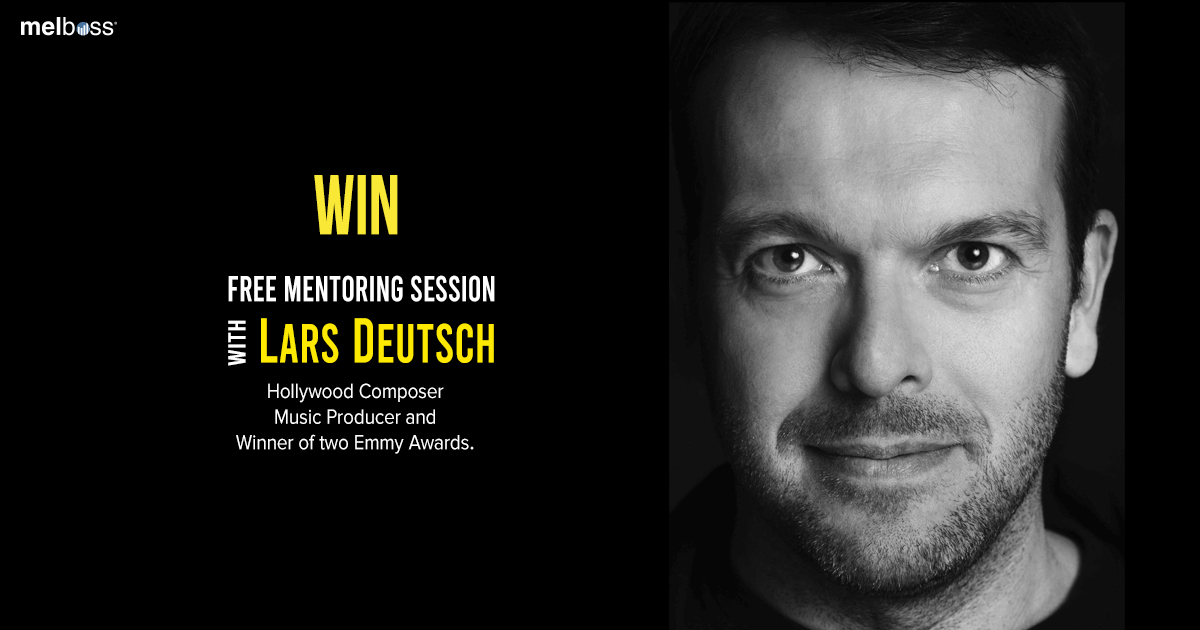 Do you want to win a free mentoring session with Hollywood Composer and Music Producer Lars Deutsch?

This is your chance to develop your sound with a 360 approach! The contest is open to all artists/bands/producers/composers.

The two-time Emmy winner Lars Deutsch, based in Los Angeles, California, is looking for one talented artist / band and he will be offering a free mentoring session (60 minutes) to the winner.

This is an unique opportunity, as Lars has a wide experience producing and developing artists, as well as creating excellent music and audio branding for film and commercials.

Two-time Emmy winner Lars Deutsch grew up in a village in Germany. After that he went from heavy metal guitarist, to singer, to songwriter, to a Masters in classical composition, to international performances of his classical works, to lecturing in composition and audio production.

Lars has scored over three hundred films / commercials that have collected over one hundred awards. His songs are in high demand and he is a producer at Built To Last Music, a company that features multiple Oscar nominees and Grammy winners. As an audio branding expert, he has created audio logos for a range of businesses, trade organizations and even an entire region of Germany.

Some of his clients include well-known brands such as: Adidas, Amazon, CBS, Mercedes Benz, Budweiser, Philips… and film projects like The Martian, The Blacklist (trailers), Stephen King’s The Passenger or The Masked Singer.

All the people who send their application will be entitled to a 25% discount in the digital marketing service.

Apply to this opportunity for a chance to be one the winner of a 60 minutes 1-1 mentoring session with Lars Deutsch!

APPLY TO THE OPPORTUNITY